Thursday has been kinda busy. I’ve been working on music, reverb for the sound effects through FMod, bugfixes, an icon for the app and a quick splash screen… a lot of polish type stuff, but nothing really to talk about. So instead, here are some pictures of the editor I made for it! 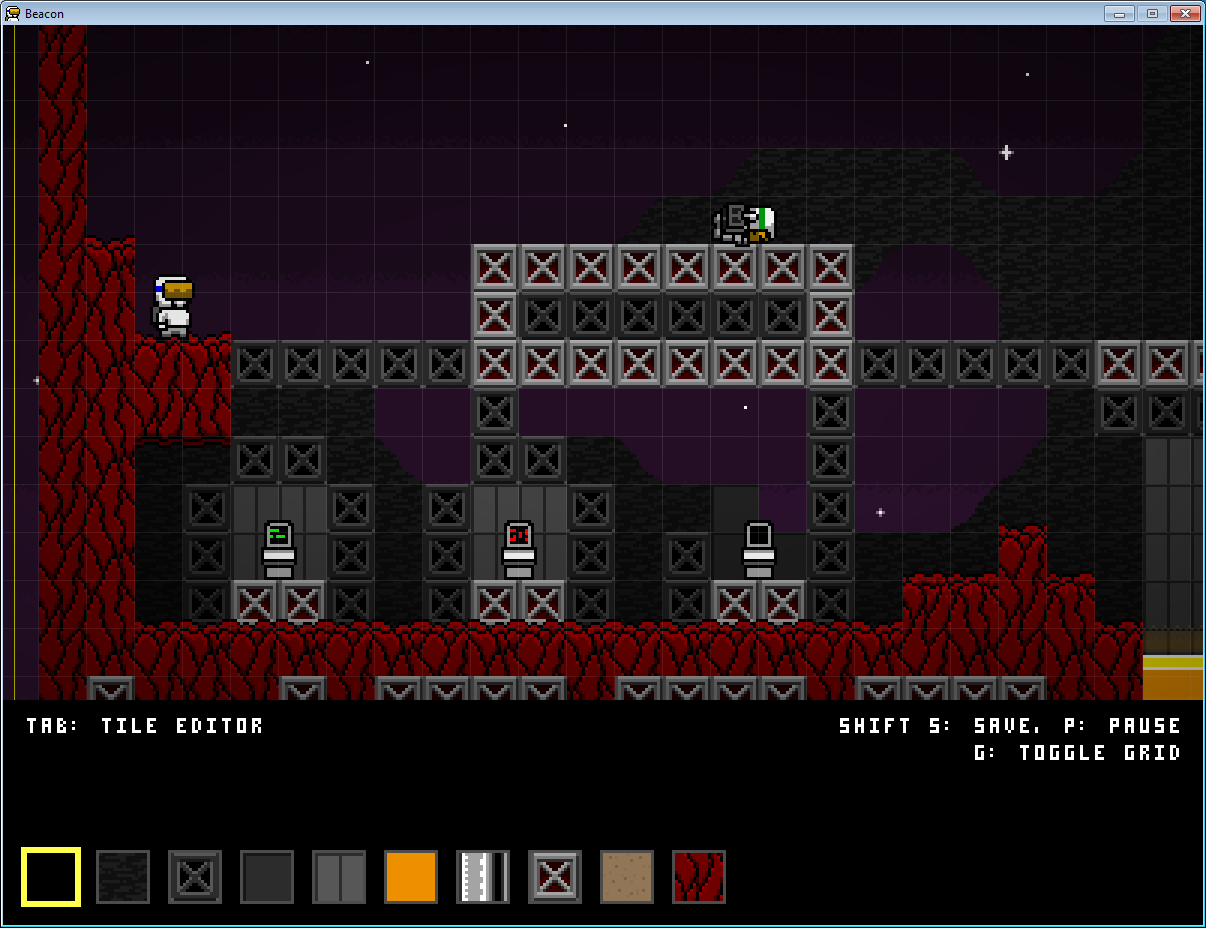 This is the first editor mode, the tile editor. You can select tile types from the menu along the bottom, or right click a tile in the world to select its type. Left clicking adds that tile under the mouse, and the various tiles have automatic ceiling/floor effects and lighting, so it comes together pretty quickly. Adding or removing tiles around the edge grows and shrinks the level.

This level here’s the editor’s “warp zone”. The editor starts up in it, and the transit zones I’ve added to it let me hop quickly to whatever level I want to edit. 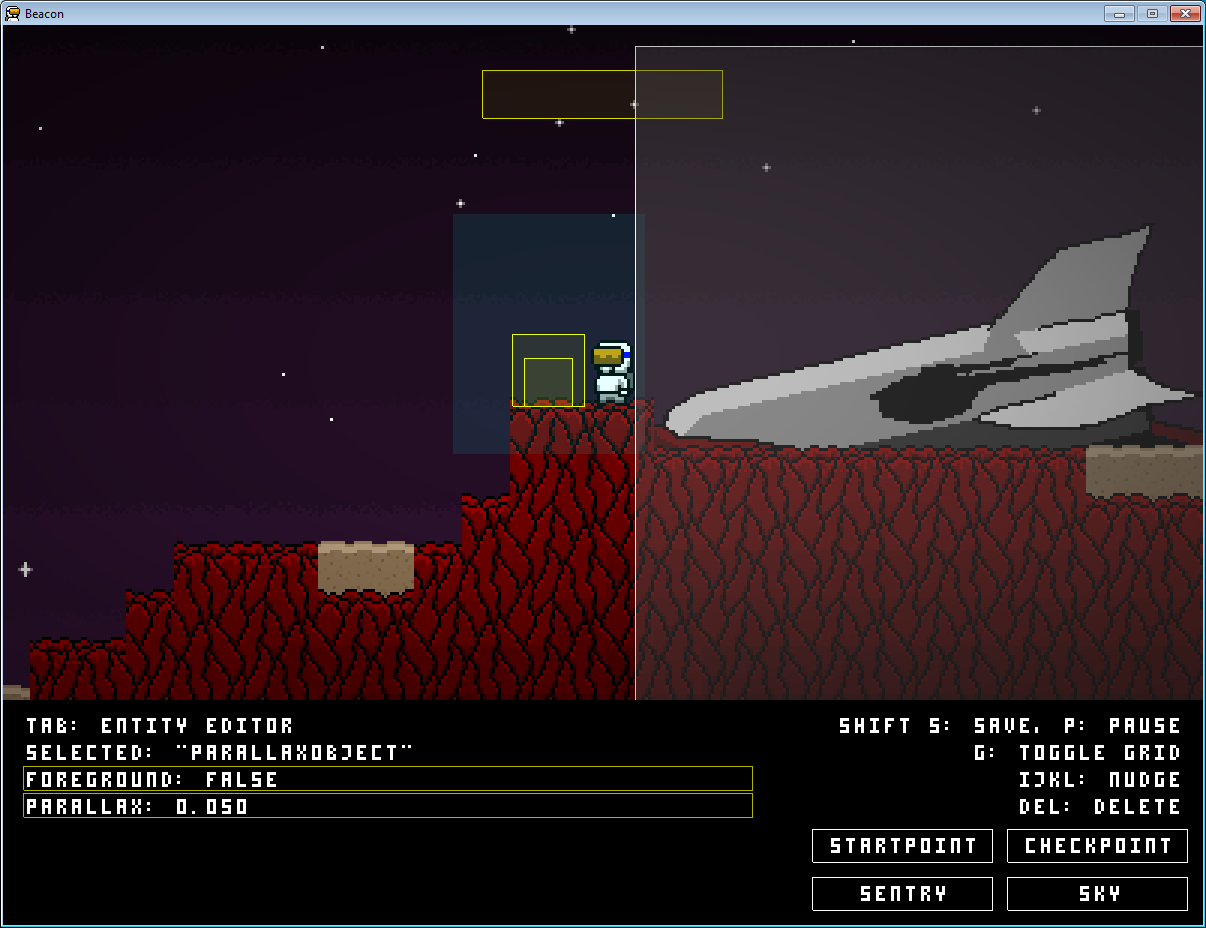 This is the second mode – entity editing. Entities are all the things like checkpoints, enemies and images. Most entities you create by clicking the button in the bottom right, but image entities – “parallax objects” – you add to the game by dragging and dropping them in from Explorer. Then you drag them around wherever you want. The image support was for map features like the crashed ship to start with, but I’m adding a couple of simple decorative images for the re-release to help distinguish different areas.

The editor as a whole is just a different build of the game, so you’re running around controlling the astronaut and interacting with stuff as usual while fiddling with the world. It makes tile editing super immediate, since you can just test out jumps as you’re building them or fiddle with a level mid-playthrough. 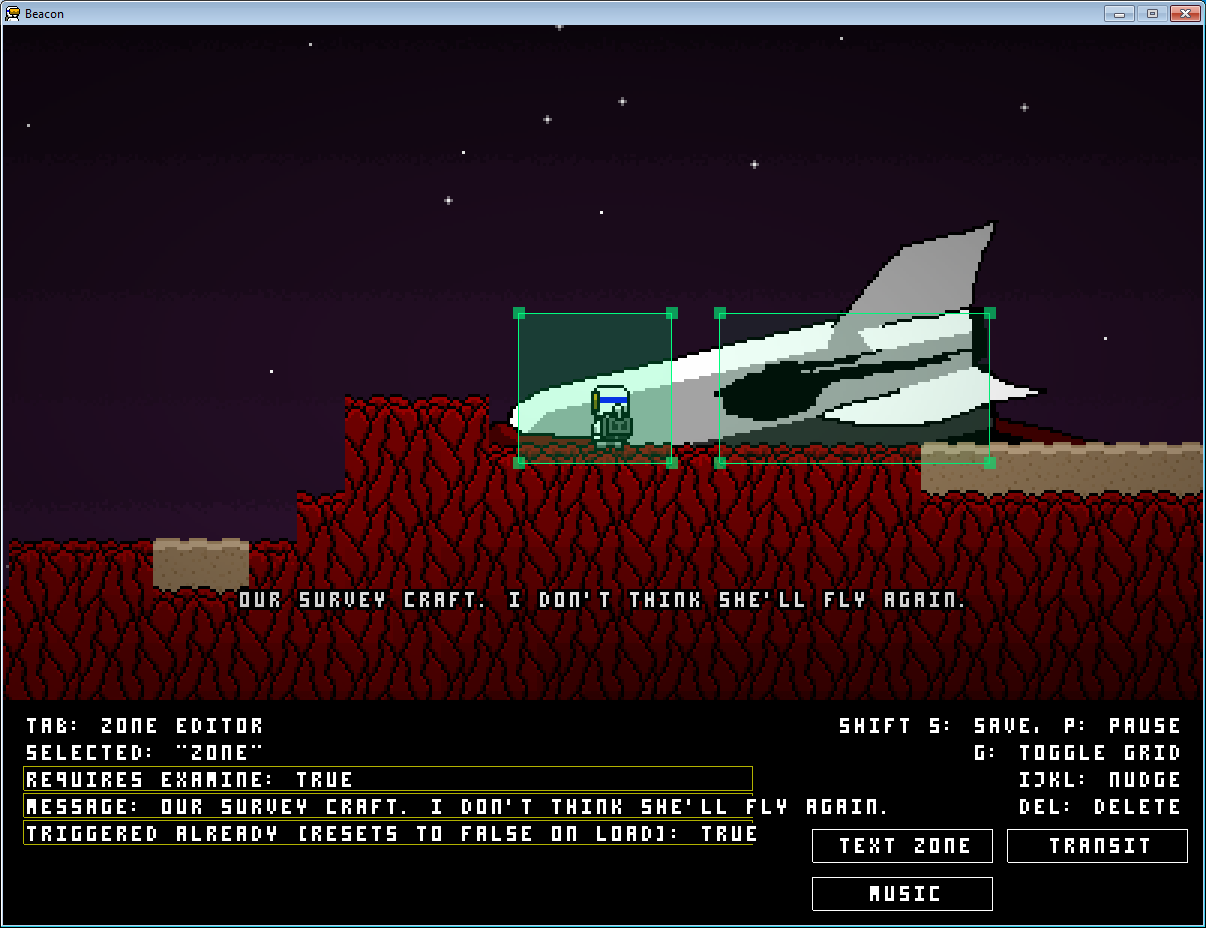 This is the third and final mode, zone editing. I originally only had one kind of zone – text zones, which control the astronaut’s monologue. I added the transit zone to support more sophisticated worlds: walk into it and you jump to a new level. The “music zone” type went in today. It lets me change the music track that’s playing as you walk to a new area and switch reverb on and off for the sound effects.

This editor might be overkill for something as compact as Beacon, but nevertheless, it’s made life much easier and the game is definitely more polished now than if I’d spent the time fiddling with the hardcoded array and ASCII file setup I was using to build the game world during the LD48.