I’ve been experimenting today with a new type of ship in Fight Back. A whole new class of ship, in fact. 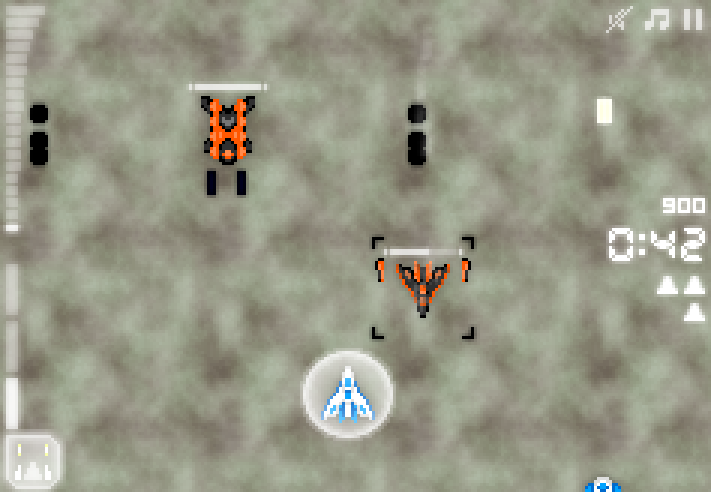 The “Barrage” ship, namely that fat thing that’s firing sideways, has no AI whatsoever and flies steadily down the screen and off the other side, periodically shooting sideways. Slow, heavy ships like this are a traditional way of mixing up the pace in shmups, so I thought I’d give them a shot.

Turns out they’re (predictably) rubbish to play as because they’re so slow. I tried turning them into a kind of ship that can’t be player-controlled, but turns out that’s confusing, as the rules suddenly get more complicated. It’s also diluting the uniqueness of Fight Back by nullifying its core concept.

In short, I need to either find a way to make this ship concept (a heavily-armoured, slow-moving obstacle that fires sideways and cuts up the play space in a consistent fashion) fun to play or I need to ditch it. I’d really like to be able to keep it, since workable designs for some common slow, heavy ships would give Fight Back way more variety in action. Guess I’ll have to think on it over the weekend!

2 Comments on “SLOW AND STEADY”