First off, here’s some music! I had to get up before 7am on Sunday, and then we had this heatwave… so I wrote a track about how mornings suck, and then there are attack robots. 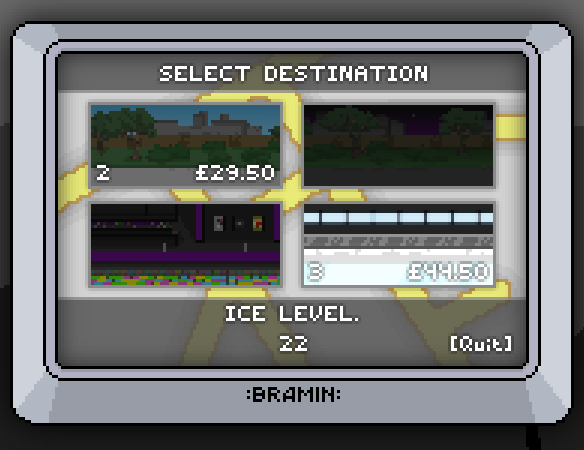 This GPS is the level select screen for Vigilance’s arcade mode. Each stage has unique rules and its own high score.

It doesn’t have all that clutter until you’ve finished the story mode in the first place, but once you have – Arcade Mode, achievements, it’s all there. 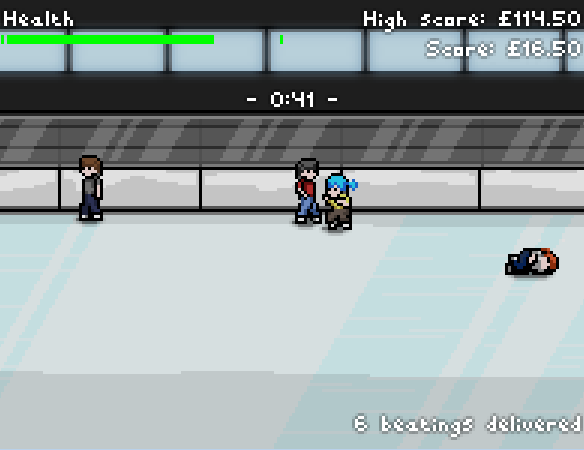 You can’t see it in a static screenshot, but on the ice rink the physics are – of course – slippery as heck. Knocking people over is easier, and they occasionally fall down for no reason. Of course… there’s nowhere to hide, and your own manoeuvrability is just as suspect.

I am now genuinely running out of stuff to add. This project isn’t ending in the same way Beacon did. I was comprehensively happy with Beacon when I released it, but as I approach releasing this game I just feel more reluctant to do so and worried that I’m missing some massive flaw. It’s probably because this game is so much larger in scope. I can’t contain the whole thing in my mind at once.

I guess I’ll just have to stop soon, cross off the few minor tweaks I haven’t got round to and start getting it out there. It’s a worrying prospect 😀