Well, strictly speaking, the link’s over here, in the discussion thread on the VVVVVV forum. 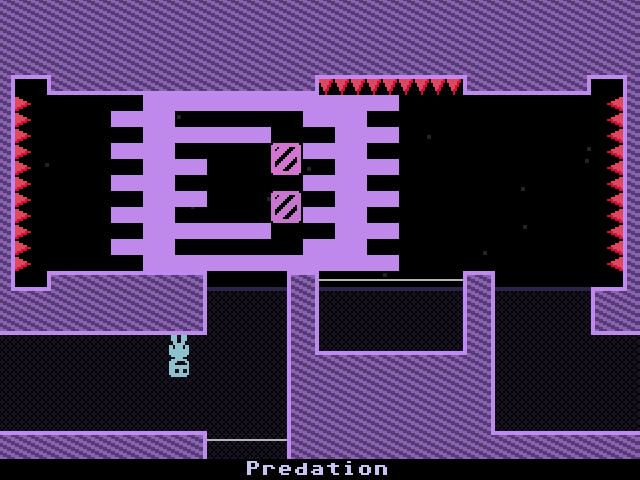 First up, the lack of checkpoints was to force me to make an interesting, balanced level without them, which in turn would by necessity be substantially different from VVVVVV itself (and the great majority of other people’s levels). With any luck, this forces you to approach the challenges differently – more cautiously.

I believe poor checkpointing like this is bad design, as you’ll know if you’ve played Beacon. But it was more important to me that this was different from VVVVVV – I figure a version of the level with adequate checkpointing would be less interesting.

There’re a few spoilers for the level in the rest of this post.

Besides the checkpoints, Terry mentioned in a tutorial that you could use trinkets to disable gravity lines, so I decided to build the level around that. Structurally, I wanted something very physical/spatial where you’d never get lost; that’s what led to the central tower, with a definite progression upwards as you make your way through the level.

The vertical section (“This Is Not The Up You’re Looking For”) is based on the similar section in VVVVVV. I just wanted to have the floors overlapping a bit. After designing “Intersection”, I found there was no easy way to make it impossible for you to jump from the floor 3 part to the floor 4 part – so I integrated that into the level design, forcing you to notice it and do it before you could reach floor 4 at all. It seemed like a neat observational puzzle and break in the pattern 😀 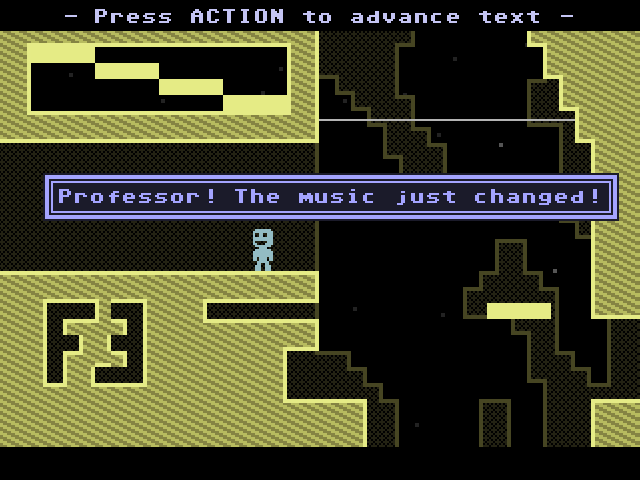 As for the Halo puzzle, well, that’s the interesting part.

With VVVVVV being a game of action, I wanted to put in a genuine puzzle. The editor and custom level system support limited boolean flags, so I set out to abuse this as much as possible with a straightforward “set the binary string to the right number” challenge.

There are over a hundred scripts for the terminals in Halo. There are six terminal flags, and most of the scripts are responsible for handling the 64 possible combinations of those flags whenever you use a bit terminal or the smartlock terminal.

VVVVVV’s level files are human readable XML. I wrote a brief program in C++ to generate all these scripts, then copy-pasted them into the level. 😀

I hope you enjoyed the level. I most likely won’t make another, as I really should be focusing on my own projects, but it was a fun design exercise and I have a whole new appreciation for VVVVVV’s abstract aesthetic.