Just a little update – I’m poking Reels of Steel again, experimenting with music and the general feel of it. I’m borrowing a trick from Rez and the way the music builds up in the first stage, building from a simple regular kick thud up to something more complex. Flash doesn’t actually allow you to stitch together procedural tracks in an interesting way, like Rez does, but I can combine basic drum beats and bass drones with occasional musical stings. So that’s what I’m doing! 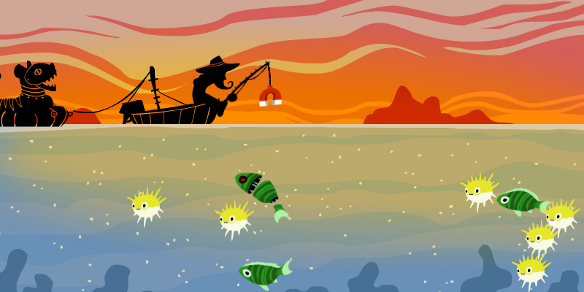 In Vigilance news: I’m going to be releasing without a sponsor, so hold on while I drop in some ad code and set up a home page for it 😀

And one last thing… if you play Starcraft II, I’m working on a little pet project: a rule set for handicapping which lets stronger players play with weaker players without throwing everything off. I’ll be looking for beta testers soonish, on EU.