SHOPS are now in! You can buy stuff from scavengers. CQ2’s got a rudimentary economy, which will grow a bit shortly when I add gold stashes to loot drops, give you a gold bonus if you rush through a level instead of exploring it fully, and (possibly) allow you to carry gold over between runs like in Desktop Dungeons. 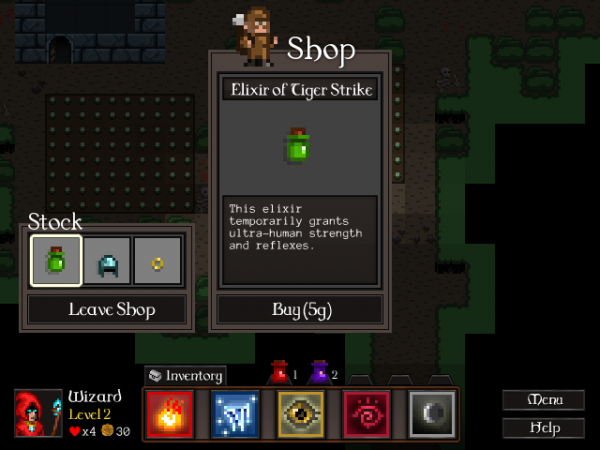 STATUS: Enemies now show little icons when they’re afraid, charmed or asleep. This is part of a whole battery of changes to combat – I’ve also been tweaking combat, delaying enemy actions, adding “block” animations and so on to make what’s going on in fights much clearer.

Last of all, I’ve just added the first terrain buff: bushes give you a Stealth buff so you can sneak up on people through them. 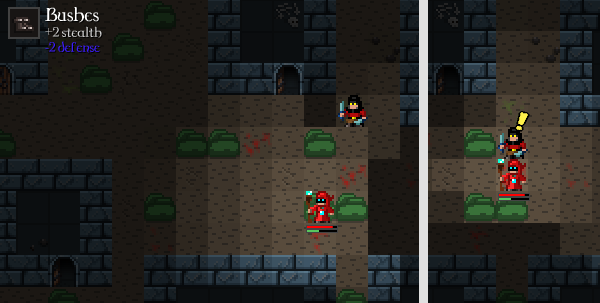 I’ve also been optimising enemy movement and plugging away at usability fixes. It’s been a productive few days and the game’s starting to feel much more playable. 😀

A few more major tasks and I’ll have finished my second milestone out of four on CQ2… then I’m on to adding an absolute ton of content!