If you dropped by our booth at EGX Rezzed this weekend, thank you—we had a blast!

This was State Machine’s first trip out in public. We had lots of questions going in: how would everyone find the game? What connections would people draw? Would the weirder stuff click for people? And after going through five or six different openings to the game, does this one work?

Our demo covered the whole first section of the game, so it was a little long! State Machine’s a complex game and we wanted to show off the big stuff. Right now the core of it is getting the island moving again by running several factories, which you can do by recruiting robots and giving them detailed orders. It’s all about getting these cute systems working together, so it’s a kind of game that can easily miss the mark when you tackle it all at once.

Thankfully, our approach was a huge success! Players loved the game (even the dumb jokes we put in as surprises). We’ve had it compared to an RPG, an RTS and the Sims, of all things. We learned a lot about making the opening fun, and we even made some fixes during the show—after which almost everyone got a few factories running. That gives us loads of confidence to take this further!

We’re taking a few weeks now to sift through the feedback from this. We’ll be back soon with more info on our plans and the kind of messes State Machine will drop you into. ❤

Here’s what I’ve been working on with Terry all this time: our new game State Machine! 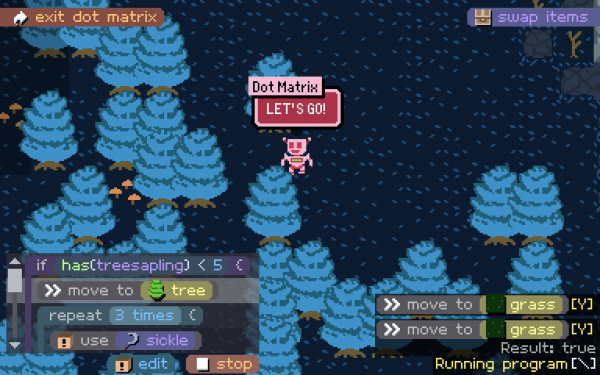 Weird games take a while to firm up. This one’s come together after a year of experiments, and now we’re finding the core: it’s a tangled mess of friendship, automation, island building, apocalypse planning and Good Robots!

We’re very proud of the robots. 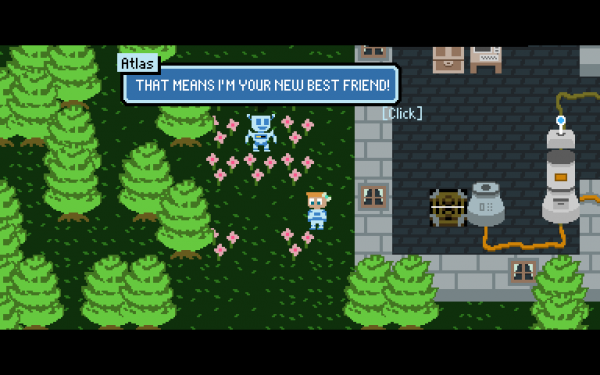 Our next big step with State Machine will be our stand at EGX Rezzed at the end of March, where you’ll get the first public chance to play our game—alongside 17 other crazy indies in the Leftfield Collection! If you’ll be in the area, please come check us out and say hi.