Was this my favourite indie game of 2011? 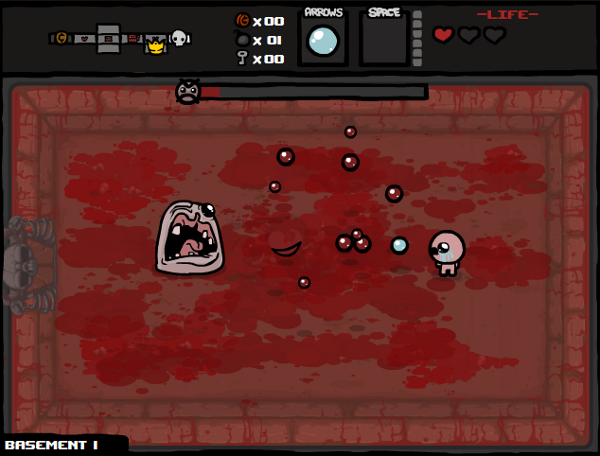 Now, finishing the game is quite important. There are fourteen separate achievements for completing the game. Should you want them all, you will have to complete the game a minimum of ten times.

You won’t mind doing this in the slightest. 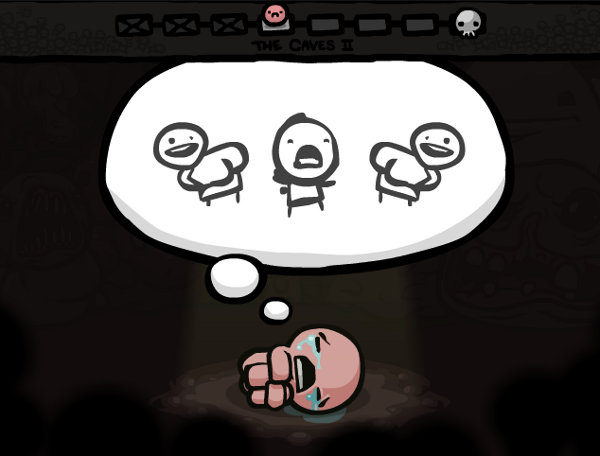 You’ll happily play this game past the point of beating it a dozen times because Binding of Isaac, though not complex, possesses immense breadth and wields its simplicity with expertise. The handful of room features, from rocks to fires, demonstrate their versatility constraining each room in a different and effective way. Every single enemy hovers on the border between predictable and lethal, prodded one way or the other by circumstance; your upgrades, the room layout, the number of enemies and their arrangement can make a given enemy trivial to defeat on one occasion and game-ending on the next.

The simple inventory management – bombs, keys, a rechargeable item and a one-shot – hides a substantial and constantly surprising  system of equipment and character development. The game contains countless items and one-shots, but most importantly dozens of permanent upgrades that twist and empower Isaac in a broad variety of game-changing and yet perfectly balanced ways. 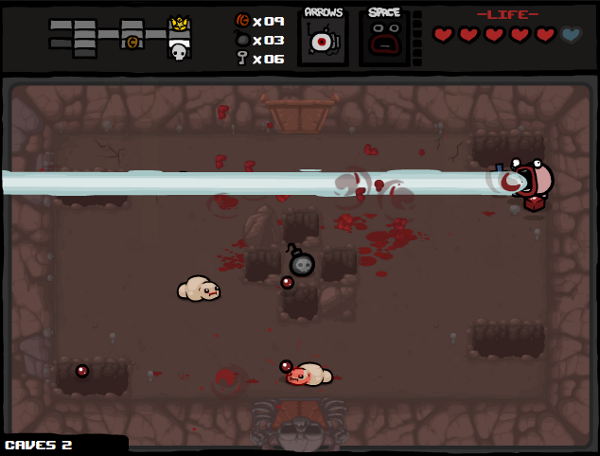 The game that immediately comes to mind for comparison is, of course, Spelunky. You’re a solitary adventurer, journeying through a lethal world that’s different each time, seeking out rare and random items to help you survive longer, overcoming enemies through wit and reflexes. You die, you restart, you get a little further; you die to something else. They’re both endlessly entertaining and ridiculously compulsive, with each attempt offering fresh surprises.

However, The Binding of Isaac goes further. It has its finely-tuned bestiary. It has its boss fights. It has an endlessly startling upgrade system (on my last game, it gave me a pony) – and every time you finish the game the item range simply gets bigger and weirder. But most of all, Spelunky’s temple raiding charm simply can’t stand up to Isaac’s horrible, endearing pathos. 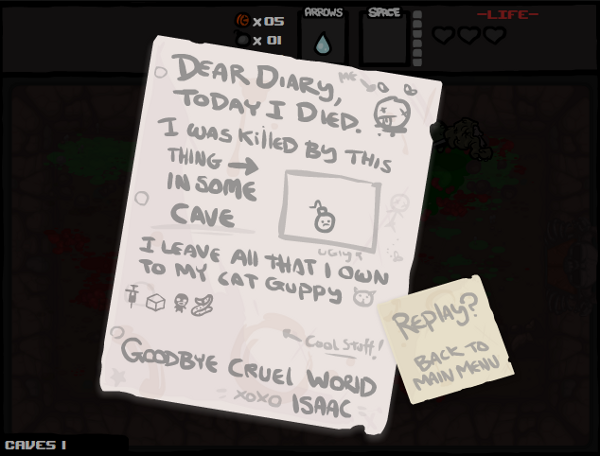 The Binding of Isaac is compelling, inventive, brilliantly designed and has a ton of character. It isn’t my favourite indie game of 2011, but it’s the one I most strongly feel everyone should try.