Of all the various aspects of game design, UI has to be the one that comes closest to design proper. Functionality’s a given – what you’re concerned with is making that functionality logical, clear and a pleasure to use, so even complicated things feel simple.

Cardinal Quest’s interface had everything it needed, but it kinda dominated the screen. 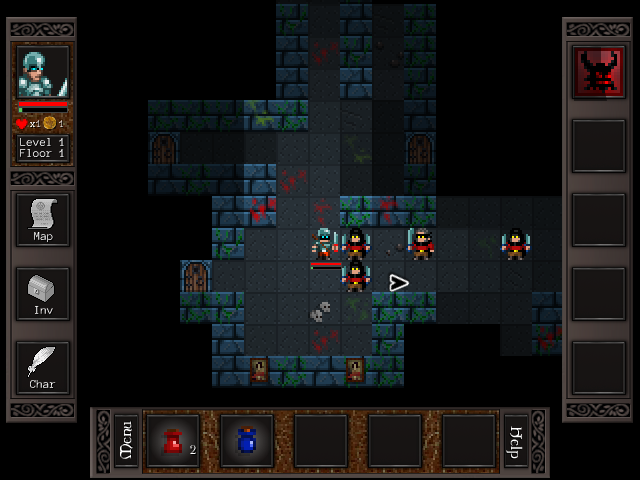 (All these images are resized slightly – click through for the correct resolution.)

It’s an effective UI and it shows you everything you can do, but it wasn’t necessarily that efficient with screen real estate and it could feel a bit overwhelming the first time you brought it up. 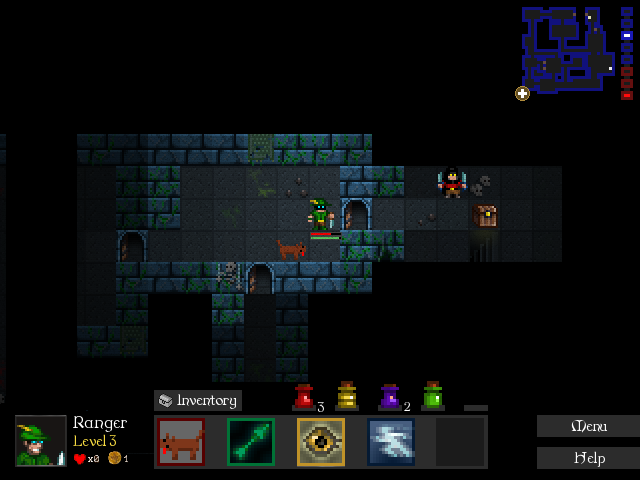 Here are the principles that guided this UI redesign:

Several hours of fiddling around with screenshots and I had that rough version above. It’s a process of constant tweaking – every time you step back and move something a couple pixels, it gets better.

A few more hours today (hey, I’m no artist!) and I had this: 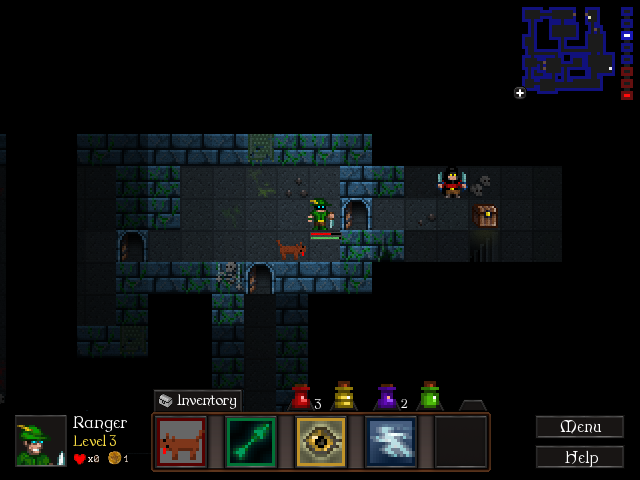 My games tend to have minimalistic UIs, so an interface with this much going on is new to me. Still, I think it’s come out OK. 😀 We’ll likely get an artist in to make it shinier later, but this’ll do for development.

I’m modifying the old UI code to implement the new design now. All told this UI overhaul will have taken me around a week’s work, but compare it to CQ 1’s UI and I think the further development is time well spent 🙂

That said… the space between the spell bar and Menu/Help buttons is looking a bit cramped. Maybe I’ll make them narrower…