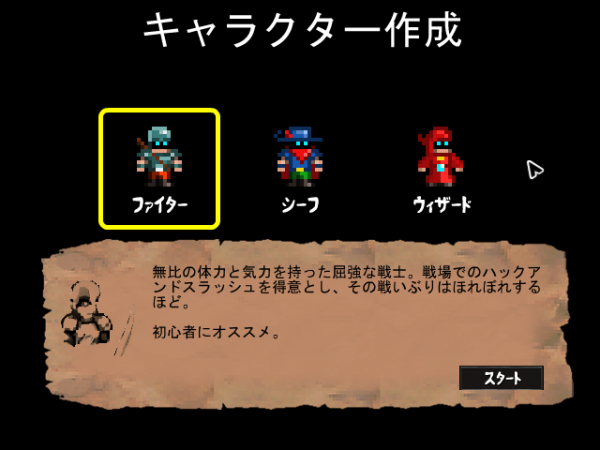 Almost every single displayed string in Cardinal Quest is loaded from a text file. I wrote a tool to embed these text files in the source code, so the whole thing’s entirely self-contained as a .swf or .exe, but the game can also load the text files on the fly so we can modify strings and just relaunch the game to try new stuff faster.

All of this supports Unicode. Doing a translation has pretty much just involved sending off these text files to be translated. 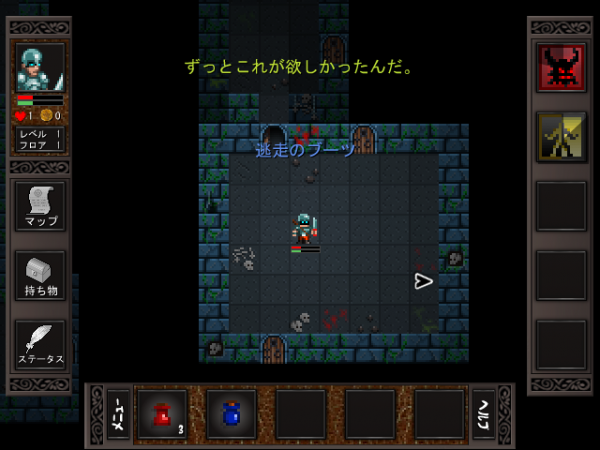 The only real problems were fonts and layout. Cardinal Quest uses two different fonts throughout. The Japanese version, now, that uses a single font almost exclusively. It’s not like you can knock up a useful Japanese font easily or cheaply – a usable font would need thousands of glyphs! As a result, there aren’t nearly as many fonts around to pick from.

On the layout side, most of the text is only loosely framed by artwork around it. The font sizes of some stuff needed tweaking, but only really a handful of things in the UI. If you’re ever designing something which you think you’ll have translated later, just remember that tolerating a little whitespace around your text goes a long way. 🙂