A year ago, I’d just quit a safe job as a games programmer to do my own thing for a bit. I had savings to cover a year’s living expenses, and no idea how easy making a living at this would be. Now feels like a good time to review how that year went!

Back when I quit Frontier, in November 2010… I’ll be honest, I was really scared about whether I’d make any money this year. I was worried I wouldn’t be able to make games people enjoyed. I honestly thought I’d be looking for a job around now.

After starting it in the December 2010 Ludum Dare, it took me about two months to finish Beacon and give it away free. This was about two things – firstly making sure I had what it took to make a little project people enjoyed and get some coverage for it, and secondly getting my name out there. It was a lot of fun to make, it got some attention on RPS and PC Gamer, and I think it’s reached well over ten thousand people by now.

Beacon worked really well for me, partly as a statement of intent, partly as a way to build up confidence. If I’d done it in Flash, I’m sure I could have licensed it to a portal and made some money that way; but I didn’t know Flash back then.

Flash games looked like a great way to kick something out in a few months and make some money, so that came next. 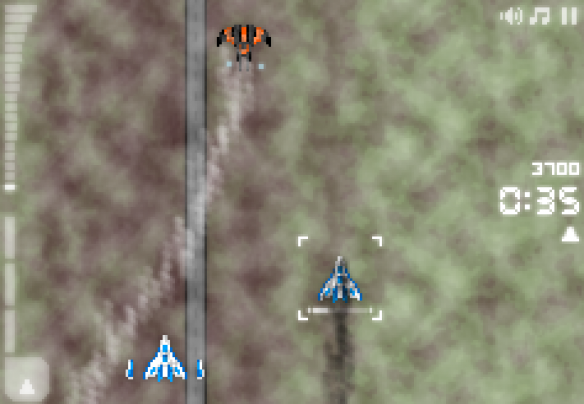 (I seriously started this back in March? Mental!)

March and April were all about learning HaXe and putting together something I thought would be simple and immediate, intense and appropriate for Flash portal audiences. Fight Back was the bastard hybrid of Dead or Alive 4, Ikaruga and Nidhogg (if you start watching trailers of Nidhogg and assume it’s single player). It was going pretty slowly, but I was feeling good about it being fun and accessible.

Anyway – that was coming along nicely, and then another Ludum Dare interrupted… 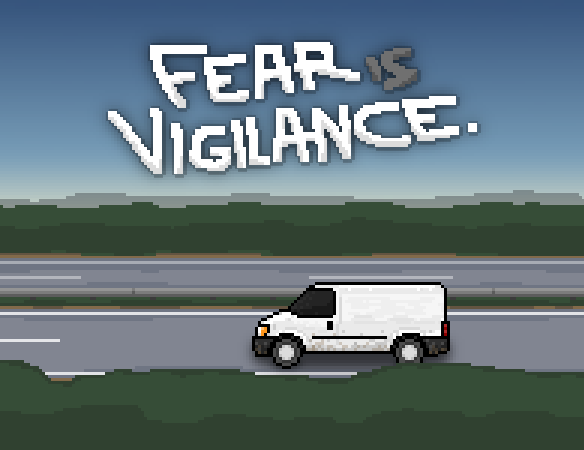 Game jams like Ludum Dare are hugely motivational. You do a ton of work in this brief period of time, a game really starts to come together, and then the jam ends just as you’re starting to polish things up. You’re left with (hopefully!) a pretty cool game with a lot of promise which you haven’t learnt to hate yet.

One of the rules I decided I have to live by this year is: if I start something, I really need to finish it. I can’t afford to throw away months of work and abandon projects. So, given that Fight Back was starting to look like a fairly sizeable project, I decided to shelve that and put Vigilance out as a Flash game first to test the waters. I spent several months on Vigilance, with a month of contract work in June/July that made up most of my income this year in the middle. (The lesson: network like hell, prove to everyone you meet that you’re awesome, and they’ll just give you money to do stuff!)

There were a few other things in July: 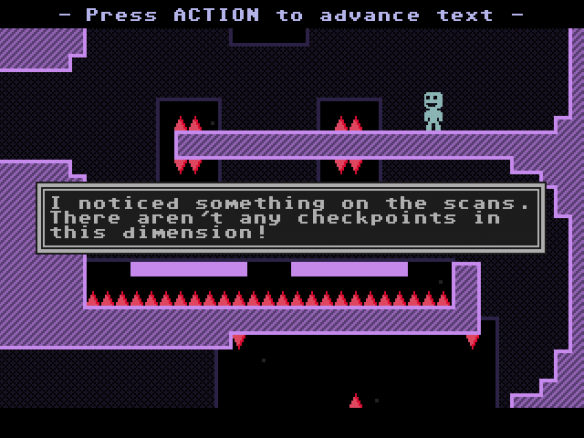 Terry put out VVVVVV’s level editor this summer. I immediately got lost in it and made a sizeable, pretty experimental and thoroughly scripted level: The Tower of Power. See, VVVVVV has checkpoints everywhere, and I think that really makes the game work! So I decided to try and make the best possible level I could with no checkpoints at all. Not because it would be good, but because it would be interesting and different. More detailed design discussion here.

I also made a game in July at TIGJam UK 5 – BugsNThings, written in about three and a half hours, music and all. I spent the rest of the jam and some time later on Reels of Steel, an atmospheric fishing game with lovely art by Adam Vian, but unfortunately we couldn’t find the time to take that further – so that one legitimately got abandoned. It’s kinda appropriate that a fishing game was the One That Got Away. 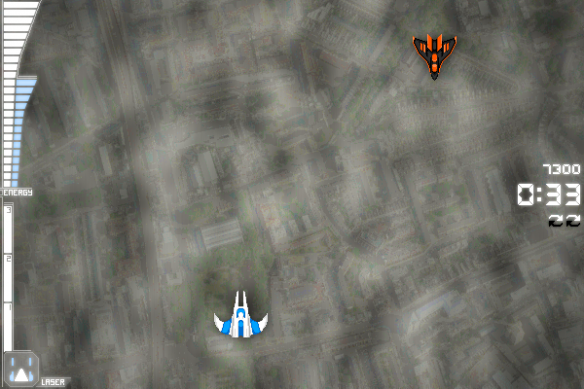 Vigilance was finished in August and eventually got sponsored by Newgrounds. September and October was about sorting the Newgrounds build of Vigilance and developing Fight Back further, including upgrading the visuals yet again and starting over technologically on a much surer footing. And then I started working on Cardinal Quest – getting the game into shape in terms of bugs and performance, putting together sponsor builds and planning the sequel. 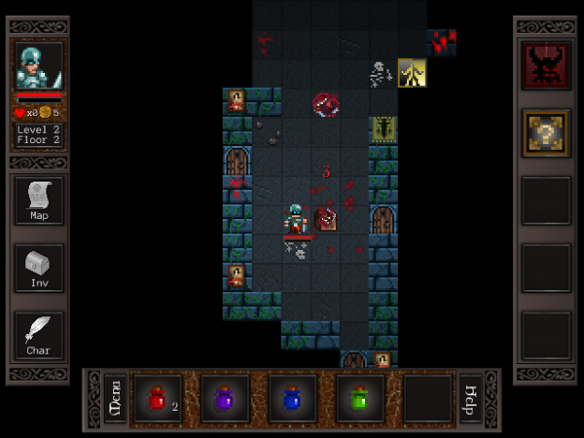 And now here we are.

It’s been a hell of a year. Beacon went amazingly well. I learnt HaXe. I spent 2-3 months on Fight Back, which is still a promising prototype and something I’d like to finish or take much further in 2012. I put out Vigilance, which was my first profitable indie game but also took far too long. Not really understanding the Flash game market or having experience with things like preloaders and sponsor requirements made that whole process both time-consuming and really stressful, but I know it’ll go much smoother next time.

I did three short bursts of contract work in total, pitched for another contract, made a whole bunch of new friends at Cambridge Indies and London Indies and somehow managed to barely use my savings through all of this. I haven’t quite made minimum wage this year, but in retrospect about half of the stuff I’ve done (Fight Back and Cardinal Quest) hasn’t paid off yet. Assuming that stuff pays off at least as well as my time on Vigilance, I’m looking at making about half as much from my first year as I would have in total on my old salary.

For the next year, I’m seriously excited about where CQ is going. I’m equally excited about Fight Back, when I get to take it further; I think that’s going to mature into something really different and interesting. But just as much as those two, I’m excited about what new, cool stuff’s going to spring up and take me by surprise, whether it’s Ludum Dare games I feel I have to finish or kickass contract work people send me.

Most of all, I’m feeling confident that people enjoy my stuff, that I can do this for a living for as long as I like, and that maybe I’ll beat my old salary within a couple years. It’s just going to get better from here!

5 Comments on “YEAR IN REVIEW”