Patch 1.1 is feature complete. It just needs testing and bugfixing now. That means it will be coming out this month across iOS, Flash and Android. I’ll then be immediately starting work on the Steam version for Windows, Mac and Linux.

It’s taken me a while to recover since I posted about burnout in October. Since then I’ve been trying to get my passion for cool games and cool stuff back, playing loads of interesting games and putting together neat little projects like New Year Stories and a Harry Potter/Neuromancer computer mashup and some new EDM sounds.

That eventually brought me back to working on CQ2 in January, but I wasn’t sure if it’d stick… so I tried to avoid making promises in case I flaked out on them again. Now that I’ve finished work on the update, though, I feel like it’s okay for me to talk about it again! If you’ve been following CQ2, thank you so much for being patient 🙂

The two big things in 1.1 are The Tower and The Alchemist. I’ve touched on the new class previously, so here’s the main stuff to know about The Tower: it’s Cardinal Quest 2’s endless mode. It’s one big remix of everything, with a few new rules to mix things up. 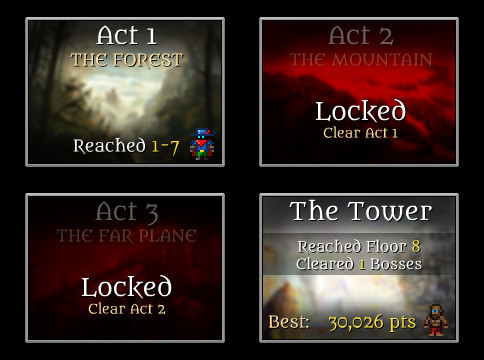 The big problem I’ve had designing The Tower was trying to bind the systems and content for a fixed-length game into an open-ended score attack framework. Everything was built and tuned around that run through 7-9 levels, from the classes’ talent trees to the range of enemies and equipment items. Even the entire consumable system is built around finding and using things at certain points in this central narrative arc of humble beginnings, growth, maturity and narrowing towards a final battle.

The key thing was reproducing that arc. The Tower runs in blocks of four levels with a boss fight at the end of each: 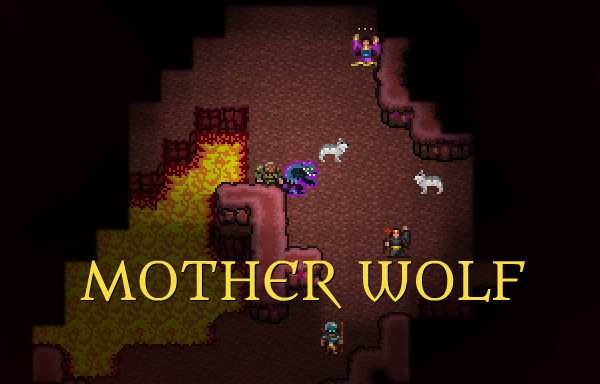 The levels are a bit smaller than usual, so you get plenty of fighting. And if you can reach the end of the monsters in the game, it loops back to the starting enemies – but far, far tougher.

The stuff I couldn’t make cyclical, I’ve stretched out instead. You gain XP a little slower (though thanks to some number magic, XP skills like Heal will charge just as quickly). Items and XP levels now stretch comfortably up to floor 20. Past that, items get higher and higher enchantments. I’m also tweaking talent trees to support XP levels 10 and above, mostly by removing the limit on Toughness talents for each class. (I imagine this could go a long way with Dark Rosary… I’ll hold off on nerfing it until you get to try exploiting it a bit, though!) 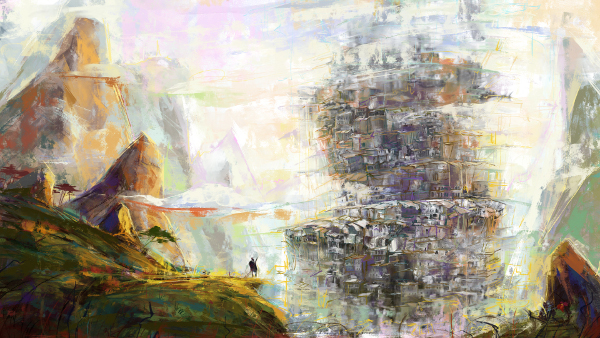 The Tower isn’t like the Acts in the game so far. I expect games here to take longer: a few hours, maybe more. I don’t actually know yet how far people will get! It has no final boss and it can’t be beaten, it just keeps getting harder.  If you can clear the game on Hard or so, you should be able to pass floor 20. After that it’s anyone’s game. Getting to 40 is super tough. Reaching 50 or 60, once you’ve almost completely topped out your character’s abilities but the enemies are still getting stronger, will be even harder.

There is one way to make things a little easier! You get an extra item chest on every floor up to your current achievement rank. Build up your achievement rank by playing the Tower and the Acts and you’ll get a little boost in the Tower, possibly as far as floor 50. Getting that far should be enough to test anyone, even if you’ve 100%ed the game!

Oh—I’ve put in a super-hard achievement for clearing 60 floors. I’m pretty sure it’ll be ridiculously difficult. If it turns out clearing 60 is possible once the patch is out, please let me know so I can fix it. 🙂

3 Comments on “THE TOWER”