Generals always fight the last battle, right? I’ve noticed this is often true of people’s creative work. We sketch out territory in one project and map it further in the next. Or perhaps we fence round the territory we’ve seen and colour in the negative space—the gaps left by the last project’s outline. This is how our individual games connect into bodies of work, dots into lines, and how our central themes begin to emerge.

Cardinal Quest 2 was my reaction to the 15-minute playtime games I’d done before. I wanted to make something players could zone into for hours; something big enough to feel like a real commercial game worth money. That is, a commercial indie game in 2010/2011: the era of Amnesia and Recettear and Desktop Dungeons and the Minecraft alpha. That seemed like a high bar but what the heck, right?

CQ2 finally came out in mid-2014. It succeeded at some of the stuff I was trying! It’s a big, compelling game that’s easy to get into. It has tactical depth. Many players get 200+ hours into the endgame and love it, so in that respect it’s a thousand times bigger than anything I’d done before. I’m proud of the work I put in there on the systems design and more.

Where it fell short? With Beacon and Vigilance I was tackling some unusual things, at least; the negative space outside of other games. By contrast CQ2 was deliberately a “safe” dungeon crawler, a little generic, something the incredible Crypt of the Necrodancer threw into sharp relief by comparison. I think this is the main reason that CQ2 fell flat commercially: it was too comfortable. I’ve come to understand the value of a unique concept when making games for other people. 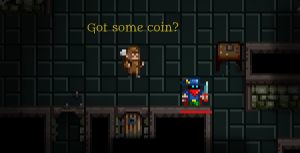 There are more indie games than ever. They’re more interesting than ever. Last year’s IGF was rocked by Undertale, Her Story and The Beginner’s Guide. My personal favourites of 2016 (Firewatch, Virginia, Thumper, Shenzhen I/O and World of Tanks) cover a huge amount of territory. Each explores their niche in sophisticated, considered ways. They’re all developments on previous games in their genres. Whatever you’re into, indie games are getting there and getting better. Every day new games appear. The old ones never go away. Our culture is piling up and up.

There’s a fear here of good games being “lost in the noise” of all this culture, but why be afraid of that? It’s exciting! Being technically proficient in any of these fields is no longer enough, if it ever was. Having something interesting to say, doing something weird, is more important than having craft skills. Tackling this is a hell of a challenge and I’m excited about aiming to meet it.

For me that aim means focusing on better, smarter writing. It means designing weirder stuff, newer things, not chasing some imaginary ideal of a “standard game” that’s a little too familiar.

CQ2 was in the oven for four years. During that time the scene changed radically. Press and sales outlets come and go. Spend four or five years on a game and the world changes. Maybe CQ2 would have done better when I started in 2011, but 2014 was a different place. It didn’t work, and spending so long on one game meant I gave up chances to try a lot of different things.

I’m pushing myself to make shorter, better projects. I’ve been quietly working on an interesting collaborative project for the past twelve months. We’ll be bringing that out this year. I’ve also got a few short stories/IF projects cooking away alongside it. I want to get back into game jams this year too! I’ve forgotten how to do quick projects, and what better place is there to learn?

So here’s to a faster, more interesting 2017—with better games than ever to push us forwards. 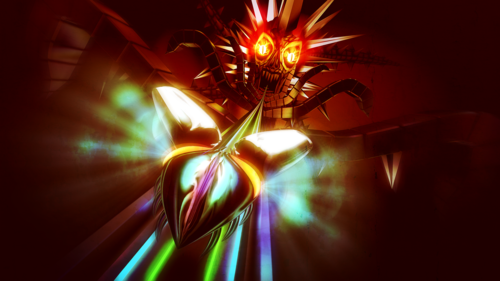